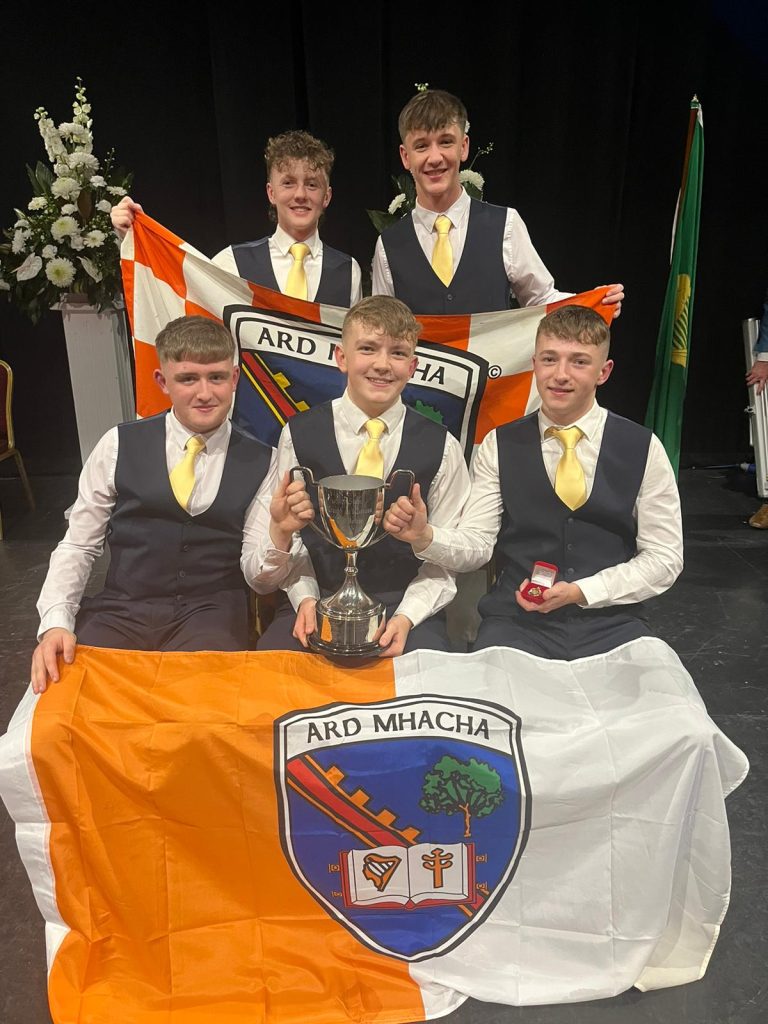 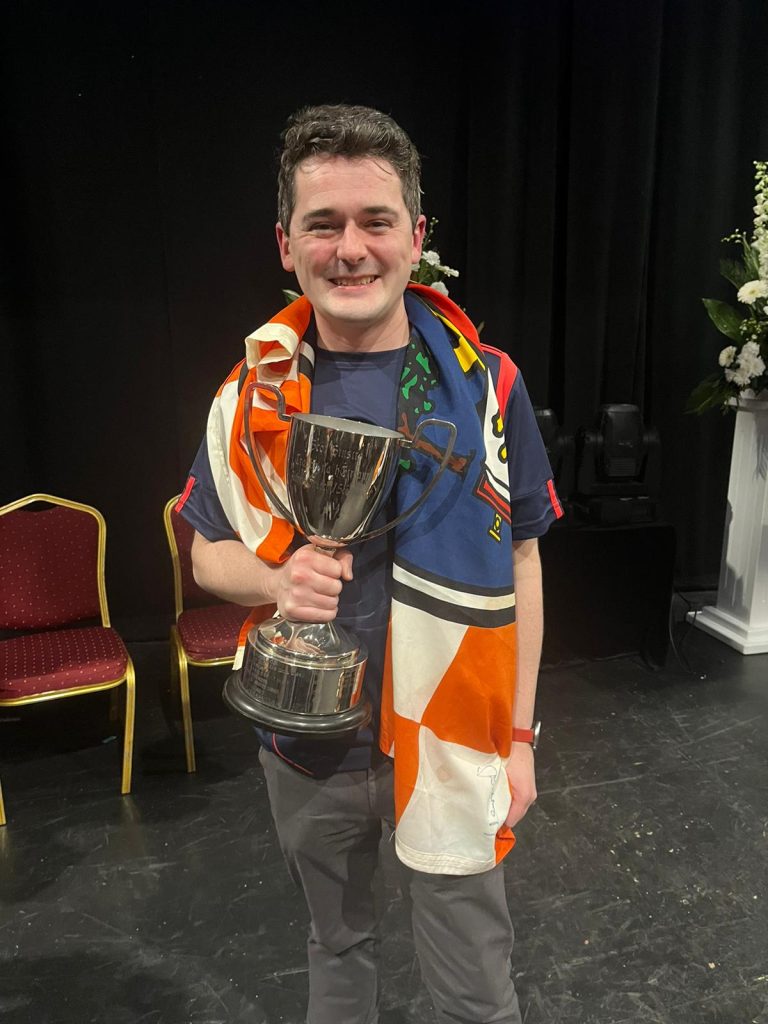 Crowned All Ireland Champions at the GAA Scór Oifigiúil Finals in Castlebar on Saturday 12th November 2022.

Donal has competed in Scór since he was 8 years old, representing Carrickcruppen in Solo Singing, Ballad Group and Novelty Act for multiple years in Scór na nÓg. He now follows in the footsteps of his cousin and All Ireland Recitation Champion, Niamh Devine.

Donal has built his experience in drama and music for years both in Scór and in some of the theatre groups in Newry, taking part in several shows for both Newpoint and Lislea Players.

Throughout his many years representing his club, he has won several county titles and was also lucky enough to represent Armagh and Ulster in Recitation at the All Ireland Finals in Castlebar in 2014 and again in Belfast’s Waterfront Hall in 2017.

The Mullaghbawn boys have been playing music together from a very early age. They all attended music lessons with The Traditional Arts Partnership, South Armagh (TAP). All of them are now volunteer tutors with TAP.

They have played in Grupa Cheoil and Ceili bands over the years with many successes in Fleadhs and Feisanna. They began their Scór journey in 2011 when 4 of them participated in Scór na bPaisti. Following this the boys competed in Scór na nÓg picking up 3 County Titles together over the years.

3 of the Ceol Uirlise group are presently at University and 2 of them are in their final year of A Levels.

The boys genuinely enjoy playing music together. Music has brought them so many positive life experiences and has also given them many great memories.